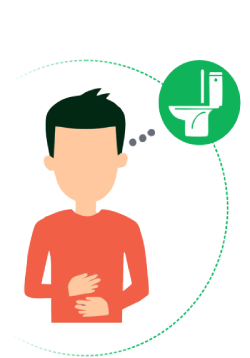 As per WHO, Diarrhoea is defined as the passage of three or more loose or liquid stools per day (or more frequent passage than is normal for the individual). Frequent passing of formed stools is not diarrhoea, nor is the passing of loose, "pasty" stools by breastfed babies.

Diarrhoea is usually a symptom of an infection in the gastrointestinal tract, which can be caused by a variety of viral, bacterial, and parasitic organisms. Infection is spread through contamination of drinking water or food, or from person-to-person as a result of poor hygiene.

Diarrhoea is the second leading cause of morbidity and mortality among under 5-year-old children worldwide. In India, diarrhoea is the third most common cause of death in under-five children and is responsible for 13% of deaths in this age group. Thus, in India alone diarrhoea results in the death of an estimated 300,000 children each year.

A child below five years of age suffers from average of 2-3 episodes of diarrhoea per year.

(including cholera):
It lasts several hours or days. The main danger is dehydration, weight loss, also occurs if feeding is not continued.

(also called dysentery):
The main dangers are intestinal damage, sepsis and malnutrition, other complications including dehydration may also occur.

(which lasts 14 days or longer):
The main danger is malnutrition and serious non-intestinal infection. Dehydration may also occur. 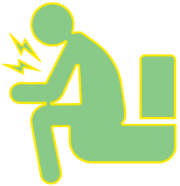 The infection often starts suddenly with projectile vomiting or severe diarrhoea. It is considered to be diarrhoea if you have more than three very loose or liquid bowel movements within 24 hours. People who have diarrhoea often have stomach aches, cramps and bloating too. Diarrhoea and nausea are sometimes also accompanied by fever, headache and joint pain.

Dizziness and weakness could be signs that your body has lost too much liquid and electrolytes. If that happens, immediate medical attention is needed. Other reasons to seek medical help for diarrhoea include:

Blood in your stool

Mucous coating on the stool

No improvement after 48 hours Diarrhoea can have a number of different causes. The most common is an infection arising from the very contagious noroviruses and rotaviruses, which most often affects children and older people. Bacterial diarrhoea is usually caused by Campylobacter or Salmonella bacteria. When you travel to places with poor sanitary conditions, infections with Shigella, E.Coli bacteria and parasites can cause diarrhoea too.

Diarrhoea can also have other causes besides infections, like:

In India, there is no large-scale comprehensive community-based study regarding the causes of diarrhoea. Rotavirus is responsible for about 15-30% of episodes in hospitalized children and 7-15% in the community. Almost all episodes leading to hospitalization are reported in children < 2 years. It is also the most commonly isolated agent in neonatal infections. Diarrhoeagenic E. coli is the most common bacterial pathogen. Shigella spp. is responsible for about 10-20% of such episodes. Vibrio cholerae predominantly occurs during diarrhoea outbreaks, mostly affecting children aged 2-5 yrs. Key measures to treat diarrhoea include the following:

ORS is a mixture of clean water, salt and sugar. ORS is absorbed in the small intestine and replaces the water and electrolytes lost through the faeces.

Zinc supplements reduce the duration of a diarrhoea episode by 25% and are associated with a 30% reduction in stool volume.

This is required only in cases of severe dehydration or shock. The vicious circle of malnutrition and diarrhoea can be broken by continuing to give nutrient-rich foods to children that includes breast milk, during an episode, and by giving a nutritious diet including exclusive breastfeeding for the first six months of life to children when they are well.

Consult a health professional, in particular for management of persistent diarrhoea or when there is blood in stool or if there are signs of dehydration.

Key measures to treat diarrhoea include the following:

Use of improved sanitation

Exclusive breastfeeding for the first six months of baby's life

Educating about how infections spread The general symptoms associated with diarrhoea include:

Urgency to go to the toilet

In most cases, acute diarrhoea is self-limiting and will resolve by itself within a day or two. However, contact your doctor immediately if you experience serious symptoms including:

Blood in the faeces

Pus in the faeces

Reduced or no urge to urinate

If you have a serious chronic medical condition, such as kidney or heart failure, even one day of diarrhoea can be dangerous. It’s safer to see your doctor as soon as possible.

Contaminated food and water are common causes of acute diarrhoea. Some of the infectious agents known to cause diarrhoea include:

Norwalk virus is the most common cause of viral gastroenteritis in adults. However, Rotavirus and other viruses, for example Astrovirus, Calicivirus, Coronavirus, Enterovirus, and small round virus-like particles, may also be the cause.

The first step in treating acute diarrhoea is rehydration, preferably oral rehydration. The accumulated fluid deficit must first be addressed. Next, the focus should turn to the replacement of ongoing losses and the continuation of maintaining fluids. An oral rehydration solution (ORS) must contain a mixture of salt and sugar.

WHO endorses an ORS with reduced osmolarity of 245 mOsmol / L. The right osmolarity ORS decreases stool outputs, episodes of vomiting, and the need for intravenous rehydration. 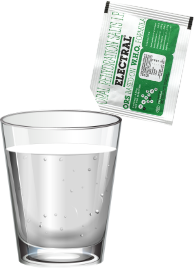 The antimotility agent may reduce the duration of diarrhoea by as much as one day and increase the likelihood of clinical cure within 24 - 48 hours when given with antibiotics for traveler's diarrhoea. 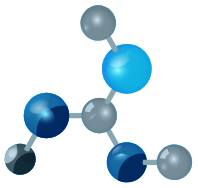 Probiotics are thought to work by stimulating the immune system and competing for binding sites on intestinal epithelial cells. Their use for acute diarrhoea is associated with reduced severity and duration of illness (an average of about one less day of illness). 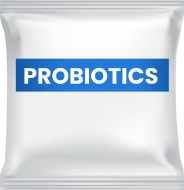 Key Measures To Treat Diarrhoea Include The Following:

Use of improved sanitation