"Only a life lived for others is a life worthwhile", such goes a popular saying and holds true for FDC's innovative product Electral too. In the early 1960s, as per the studies conducted, nearly 4.6 million children died annually due to diarrhoea, making it the third leading cause of child mortality worldwide. Diarrhoea can lead to life-threatening dehydration and therefore, an effective treatment was the need of the hour.

Oral Rehydration Solution (ORS) was then introduced as a balanced glucose-electrolyte mixture and was first approved, used, recommended, and distributed by UNICEF (United Nations International Children’s Emergency Fund) and WHO (World Health Organization) as a treatment for clinical dehydration throughout the world.

It was extremely important to increase the coverage of ORS globally, which had the potential to save many more lives. Under the leadership and guidance of a young visionary, Late Mr. Ramdas Chandavarkar, “Electral” was introduced in 1972. It was a remarkable innovation in the field of oral rehydration therapy. Since then, Electral has effectively contributed in rehydrating lives and drastically reducing the diarrhoeal death rates.

The company's dedication has a long and remarkable history of events, which defines its overwhelming glory and undaunted perseverance.

FDC decided to step in with rock-solid innovations in the ORS space to combat diarrhoea and dehydration thus Electral was Born!
Electral is the pioneer WHO ORS in India 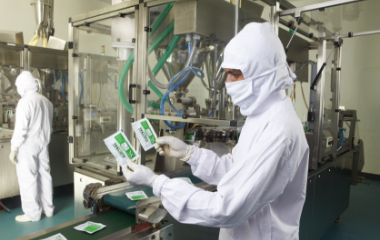 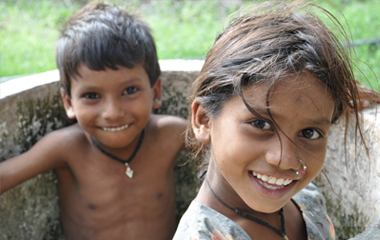 FDC introduced Electral Ready to Drink (RTD) in TetraPak. Electral RTD is a great solution as it ensures the right dosage, right osmolarity with no risk of contamination and offers compliance with convenience.

ELECTRAL continued to increase its global presence and contributed towards bringing down the deaths due to diarrhoea. 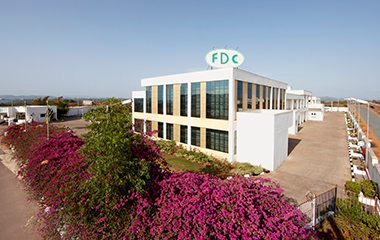 During an episode of diarrhoea, administration of Zinc supplements were shown to improve the recovery time and also decrease its recurrence.Thus ELECTRAL-Z KIT, following the GOI, IAP, WHO, UNICEF guidelines which recommended ORS + Zinc as a comprehensive therapy in management of diarrhoea was introduced. 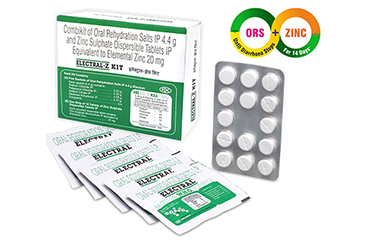 Electral Ready to Drink was introduced in 1 Litre TetraPak for therapy adherence and convenience(as per CDC, WHO & UNICEF guidelines) 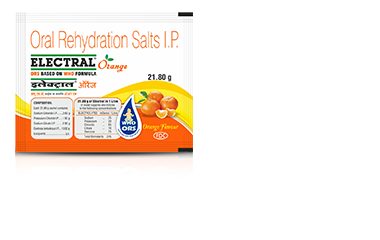 Electral is considered as one of the most important medical advancements of the 20th century and has always been India’s no.1 Doctor prescribed Electrolyte brand.

With over 5 sachets of Electral being purchased every second, Electral has proved itself to be the most trusted brand. FDC is the largest manufacturer of ORS in India, and exports to many other countries across the globe.

This clearly defines Electral’s historical existence and thoughtful initiative of